From 26 July 2016 to 27 July 2016, the Faculty of Law and Economics of the University of Bayreuth hosted the Congress of the Network of Private International Law and of Integration: A European Perspective (REDPREA). The Network started in the University of Granada in 2012, and since then has been directed by the Professors of the University of Granada Fernando Esteban de la Rosa and Sixto Sánchez Lorenzo. It intends to strengthen the collaboration of the Universities adhered in teaching and research in the area of private comparative law. The speeches given at our last congress in Bayreuth deal with international contract law and with alternative dispute resolution. With regard to the first topic mentioned, the reader will encounter references to the legislative instruments in the field of international contract law, which have appeared in Latin America in the recent past (Adriana Drezyin de Klor) as well as references on the relevance of certain regulation techniques (Claudia Madrid Martínez), the objectives which shall be pursued with the elaboration of principles on international commercial contracts (Sixto Sánchez Lorenzo), the scope of autonomy of will in certain contracts for livestock farming (Irene Canfora, Amarillide Genovese), and finally a comparative law study on the abuse of weakness, trust or dependence (María Luisa Palazón Garrido). With regard to the second topic, the reader can acquire a current perspective of the relation between consumer mediation and EU law in Italy (Nicola Scannicchio, Giada Azadi), the access to ADR in consumer disputes in various European States, in particular in Germany (Pablo Cortés, Rosa Miquel Sala), and the specific questions of private international law posed by the new legislative instruments of the UE on this matter (Fernando Esteban de la Rosa). 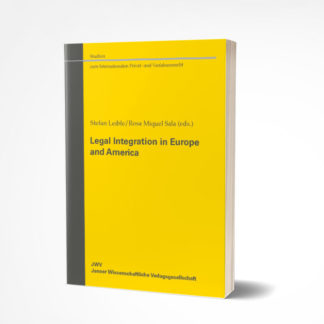